So Wednesday night saw the first of the 2017 Kirkistown races. I can remember riding the first one about ten years ago when XMTB held a club race. Ideal for kids racing, no cars closed circuit, short lap, safe run of and the wind. I can remember my mum serving out hot dogs from our campervan.

Soon after this Eric Blayney and his team from Northdown CC have made this a permanent fixture on the calendar. The night racing sees kids from no age racing. I can remember bringing Bradley and asking could he just go round behind the race and Eric saying don’t be so silly, get him entered. He did a full lap of the kids’ course on his balance bike at 3. Each year it’s great to see the progress.

Eric is one of the first faces I can remember in cycling. He was running the old MTB races in Castlepark back when I started in 1998. He put some effort in back then and still is. Pure motivation for anyone organising races.

As for the race it’s self it’s a great training exercise. You have both ends of the spectrum racing, club guys that don’t want to ride open races, vets that been there done that, newcomers and guys at the top of the game. All of this leads to a tough race that some say can be harder than open races. There is also the racer who sits in all night and claims to have raced but that’s another story.

The big thing with Kirkistown is the wind. 30mph down one end and 18mph up the other. If you put your nose in the wind it might not forgive you. With the majority of guys wanting to sit in and hide this only leaves a few that will put it all out and try to make a break. Most forget that this is a club race at the end of the day and want to save face instead of getting a good workout. 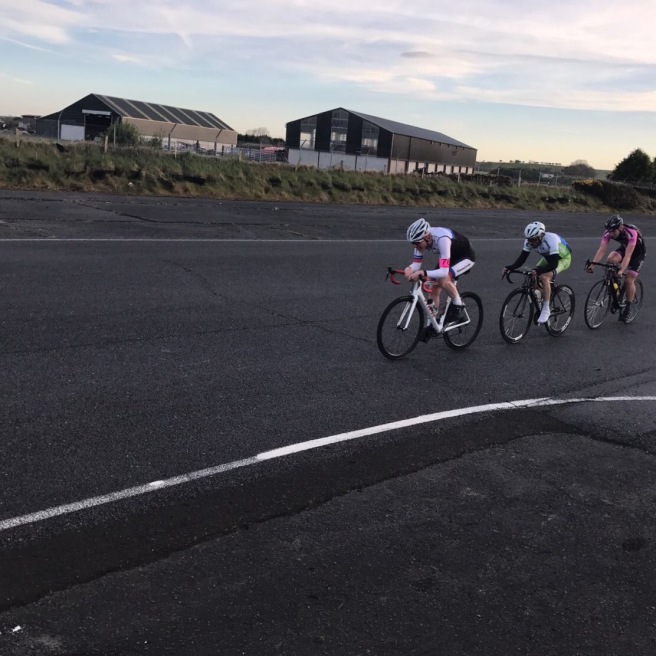 View all posts by Kinning

Ive always viewed cycling blogs as a list of excuses for guys that race. So heres mine.

I started a blog for my Business, Kinning Cycles, and enjoyed it more than I thought I would. So here is my personal blog.

My views and opinions on cycling, racing, training. Some mechanic, cyclocross and other useful info along the way.

I am now at that stage where I would like to share and put what I know back into cycling.